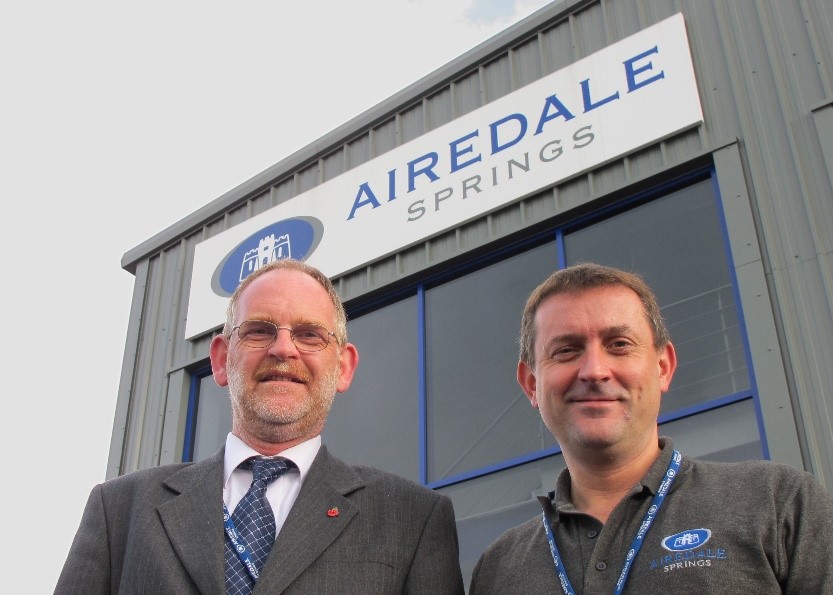 We are delighted to announce that we are celebrating our 75th year in business during 2020, and to mark this incredible milestone, we will be taking a look at our company’s journey so far. We will discuss our humble beginnings back in 1945 and highlight the steps we have taken to grow the business over the years. We now have a huge number of long-standing employees, and a client base that has spread far and wide.

Speaking of the milestone, Airedale Springs Chairman, Tim Parkinson said: “We’re delighted to be celebrating such a big anniversary this year, and it’s a testament to the hard work that each and every employee, past and present, has put in throughout the last 75 years.

“Over the years we have focused on diversifying our production capabilities, and ensured we are not reliant on a small number of markets. By combining our proven track record of problem solving and offering insightful advice to our customers, we have enjoyed many years of success with a number of long-standing clients.”

Airedale Springs were registered as a business on 7th June 1945 by Gordon Parkinson and his business partner Cecil Hopkinson. The company started out life operating from a small ‘Garret’ in Keighley and mainly manufactured wire handles for glass accumulators, expanding curtain rails and long close coiled springs with wooden handles designed to clear blocked drains.

The company’s first registered office was in Skipton, and the design of our logo is actually based on the turrets of Skipton Castle.

In 1946, Airedale Springs moved to Royd Mill between Haworth and Oxenhope to expand our operation – it was at this point when Airedale Springs begun taking on more staff. We weren’t to know it at the time, but a large number of those we took on would go on to have long-standing careers with the business, with the majority becoming the first members of our 25-Year-Club.

After 13 years of growth thanks to supplying several key customers such as English Electric and Joseph Lucas, Airedale Springs moved to new premises at Harry Lane works, next to Oxenhope station.

During this period of expansion, the business also acquired a number of other companies operating under “The Dales Group of Companies”. This meant that as well as manufacturing all manner of springs, we also made the likes of bed interiors, break shoes, fancy goods radiator caps and provided sub-contract finishing services. 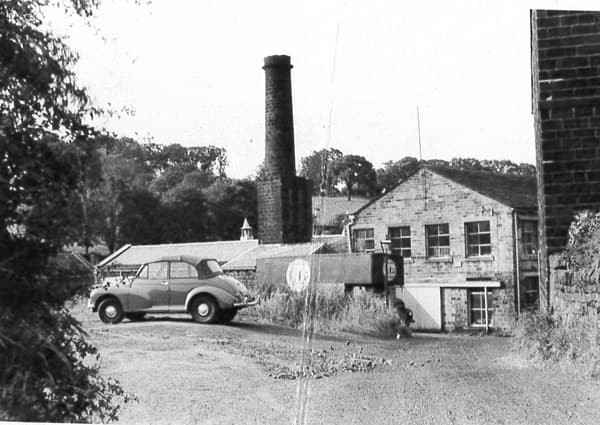 As the years went by, Airedale Springs begun to focus on its core business of manufacturing and selling springs and wire forms, as other parts of the company’s group were sold. This proved to be a shrewd decision as by 1974, Airedale Springs needed to expand their premises once again. Bridgehouse Mills in Haworth was rented, the company operated from these two sites and continued to thrive.

The first 25-Year-Club dinner was held to celebrate the first 6 employees achieving this milestone in 1973 – this would be the first of many such dinners as more employees would join the club over the coming years.

After operating across two sites for many years, Airedale Springs acquired Ebor Mill in Haworth in 1988. This move marked a turning point for the business as the entire company now operated from one site. 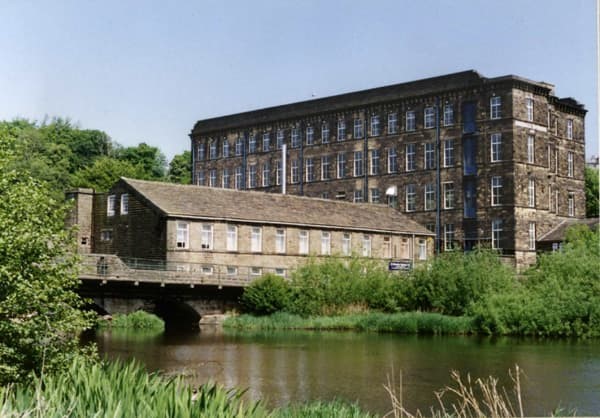 Ebor Mill was the perfect place for Airedale Springs to continue growing – and with all the additional space the business begun incorporating computers to control the machines and production control systems. With these new technologies successfully incorporated into existing processes, Airedale Springs continued to produce products of the highest standard for their customers.

After 50 years of service to Airedale Springs, Michael Parkinson handed over the reins to the next generation, as Tim and Sean Parkinson took on management of the company. 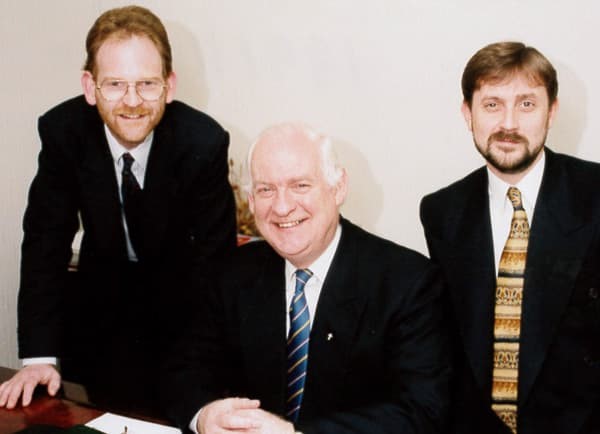 On 14th August 2010, a fire broke out at Ebor Mills that completely destroyed the building and its contents. This left Airedale Springs without a production facility, but with true grit and determination, and a great deal of kindness from many, the business was miraculously back open within a few days.

There’s no denying that this was an incredibly difficult time – and speaking of the tragic event, our Chairman, Tim Parkinson said: “There’s no doubt in my mind that the tragic events of 2010 were the most challenging we have seen throughout the history of Airedale Springs. Whilst a truly awful experience at the time, we were able to learn from it and has given us the experience to deal with the current crisis more effectively.”

Despite the ordeal having a huge impact on our business, 11 months later we begun work on building a new premises behind Bridgehouse Mills in Haworth – just a stone’s throw from where the business had previously been based. 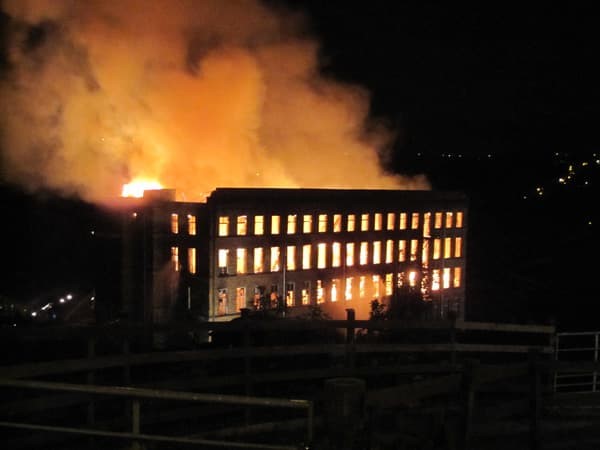 We moved into ‘The Spring Works’ (aptly named by one of the company’s longest serving members of staff) in 2012. The state-of-the-art facility boasted a huge selection of the very latest CNC equipment that enabled our team to create the widest spring and wire form products in the company’s history.

Following our recovery from the fire at Ebor Mill, Airedale Springs received a huge number of awards, including: 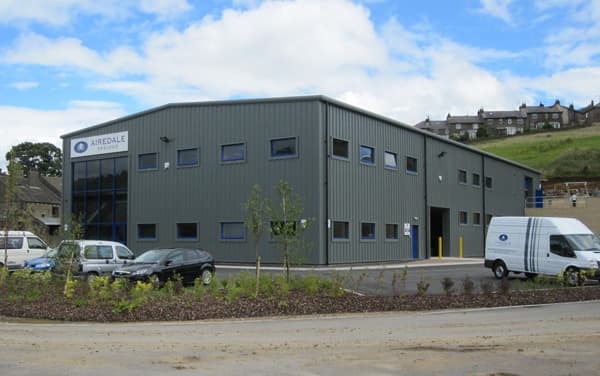 As we celebrate our 75th birthday this year, we still operate from our purpose-built facility which houses 17 CNC machines which enable to company to manufacture a huge range of springs in various shapes and sizes.

Speaking of the current facilities and equipment on site, Tim said: “We have placed a heavy emphasis on always looking to invest in our staff and the very latest technology that enables us to provide our customers with high quality wire products.

“Despite our focus on continually investing in the right equipment to create the very best springs, we are also completely committed to the environment. We have invested in an environmentally friendly “A” grade building supplemented by a 30Kw solar plant. We all need to play our part in protecting our planet.

Airedale Springs are renowned for nurturing staff and have a large number of long serving staff in their ranks. In their 75-year history, they have inducted an incredible 53 employees into their ’25-Year-Club’ with over half of the current staff base being members. 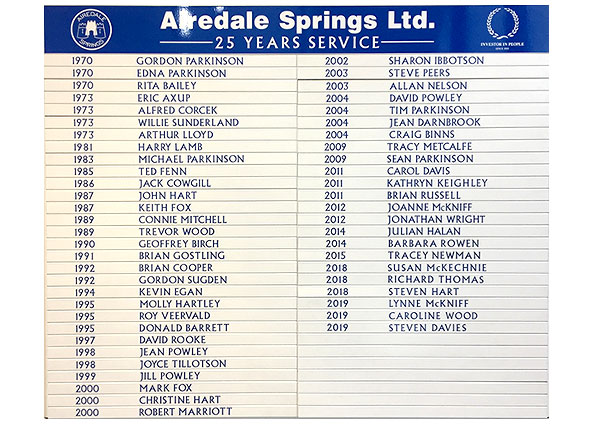 Despite the large number of experienced staff, we boast a relatively young workforce for the manufacturing industry, with the average age of staff standing at 47. We’re also extremely pleased to break the normal trend of manufacturing firms having workforce almost entirely made up of men, with half of our employees being extremely skilled women, all of whom are experts within their field.

We have stayed true to our philosophy throughout the years, and we remain ‘Small enough to care, big enough to mean business’.