Airedale Springs are proud to have won the Business Growth Award at this year’s prestigious EEF Future Manufacturing Awards which was given in recognition of a Company delivering dynamic business growth through a consistent growth strategy.

Airedale Springs Ltd was up against stiff competition from a range of innovative businesses – small and large – from across the region and were selected by a panel of judges drawn from business leaders, industry experts and academics after impressing them with the company’s progressive business plans. 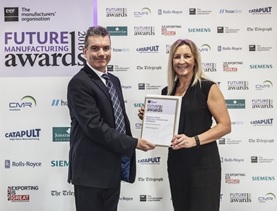 The best of Bradford’s business was celebrated at this year’s Telegraph & Argus Bradford Means Business Awards, when hundreds attended a glittering ceremony held at the Aagrah Midpoint Suite in Bradford.

Competition was keen as local businesses large and small competed to have their achievements recognised and Airedale Springs were delighted to be awarded Manufacturer of the Year and Small to Medium Enterprise of the year Awards at the ceremony – excellent recognition and reward for the dedication, determination, achievement and success of our business in recent years.

Brian Cooper, an employee with 48 years continuous service nominated Airedale Springs in the

Telegraph and Argus Bradford Means Business Awards 2015 in the Employer of the Year category and we won!

Airedale Springs was voted Employer of the Year 2015.

What were they looking for in the entry?

“Our judges want to know about the company which, in the opinion of its staff, provides the best working environment, best people-development practices, best skills and training programs and demonstrates genuine care for the health and well-being of its workforce.

We’ll want to see examples of just why they are a good business to work for, and some specific illustrations of initiatives, projects or gestures that put them in the running for this category.”

An Award Hat-Trick at the Keighley Business Awards 2014 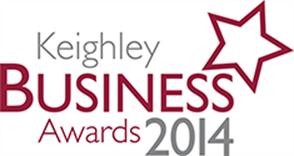 At a glittering awards ceremony on the 16th May the finalists of the 2014 Keighley Business Awards were announced.

This year, the awards ceremony was a glamorous black-tie affair for 220 guests, held at the Victoria Hall and hosted by BBC Look North presenter Harry Gration. 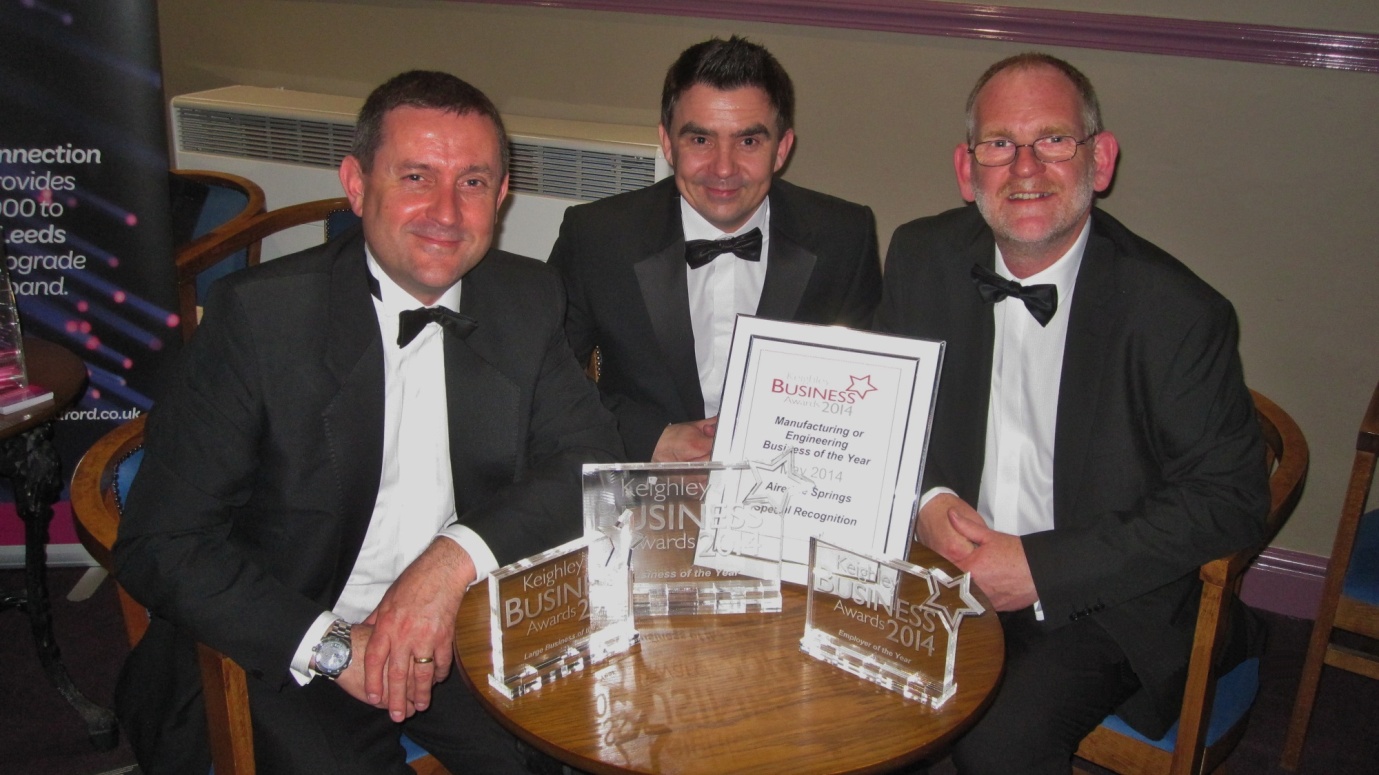 Chairman Tim Parkinson accepted the awards, and dedicated them to the staff in recognition of all their hard work and achievements over the years. 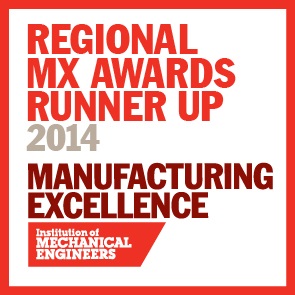 Airedale Springs Ltd was one of three Companies shortlisted for the Yorkshire/ North East Regional MX Awards and has been awarded runner-up at a ceremony at the Cutlers Hall in Sheffield.

As an SME that constantly strives for improvement, the MX Awards has provided our business with really useful benchmarking support and innovative new ideas. We found the rigorous assessment process and the resulting benchmarking report invaluable. Getting down to the final three was a huge achievement for us.

In November 2013 we were delighted to be announced as the runner-up of the EEF Environmental Efficiency Award, publicly recognising our operational efficiency and commitment to reducing the environmental impact of our business. 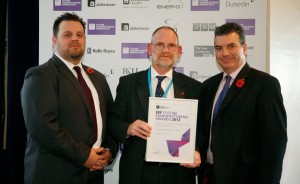 Andrew Tuscher, Region Director for Yorkshire and the North East at EEF, the manufacturers’ organisation, said: “Airedale Springs Ltd is a true Yorkshire business success story that highlights the role the region plays in driving the UK economy forward. By taking bold steps and investing in its people, resources and technology, they have grown their business despite the challenging economic climate. Ambitious companies such as Airedale Springs are an asset to the region and are very worthy of their success.”

The Keighley Business Awards was launched in 2013 to recognise the hard work, determination and achievements of the area’s finest firms and is hoped to become an annual event. The judges of the Environment Friendly Business of the Year award were looking for a company able to demonstrate a strong commitment to putting environmental issues as the centre of their business and rated Airedale Springs ‘top of the list’.

Airedale Springs Chairman, Tim Parkinson said the award was recognition for the dedication and hard work put in by all the employees and was delighted to accept the award on their behalf.

Our high-tech CCTV system that has revolutionised working practices at our new-build factory in Haworth helped us win a national industry accolade as runner-up in the EEF North East Region Innovative Operating Practices Award in November 2012. 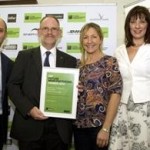 Airedale springs were recognised for their outstanding commitment to the environment during the recent Keighley Business Awards dinner.